There are primarily two good things about the Internet of Things (IoT): it is destined to make our work and home lives ever easier, and it is sparking a wave of innovation, disruption and business revenue.

Yes, we’re rushing headlong into a “smart” world, and we’re going to have to hustle to keep up.

Perhaps I’ve lost you before I start here? You have no doubt heard of the IoT, but perhaps you are not quite certain what the term means. Basically it means everything that can be connected to the internet, and that is able to gather data and information. This could be anything from a heart rate monitor to an automated toaster; a self-driving vehicle to a light that turns on when you enter the room.

The IoT already consists of billions of devices – it’s been predicted there’ll be around 30-billion by 2020. A vast network of things, that connect people to people, people to things, and things to other things. It’s like a new industrial revolution, except unlike in the 19th Century, it’s not confined to disrupting only manufacturing, but has an impact on every commercial sector and personal lives.

There is a bit of a hiccup happening at present that may put the brakes on the IoT proliferation, and that is security concerns. People are understandably worried that with so many devices connecting and sharing data, there are not only privacy issues at stake, but also the danger of hacking.

IoT security breaches are already common-place, and combatting them is taxing the brains of many tech security experts. Research has shown that development and acceptance of many IoT devices and gadgets has been held back because of consumer concerns about security. Currently it appears that the biggest innovation in the IoT industry surrounds security technology. Get that right, and the rest will follow.

The top US tech research firm Forrester said in a report about IoT security in the first quarter of this year that digital businesses need to balance the benefits of IoT products with the recognition that those same devices are “an attractive attack plane for hackers and cybercriminals”.

Security issues or no, there is no holding back the tide of technology, and the IoT is likely to remain at the forefront of innovation for many years to come.

Already we have IoT resources that our parents in their youth would have regarded as science fiction! Smart homes and driverless cars are not just probabilities, they are a reality. “Things” have moved on from being simply sensors, to being able to perform physical tasks.

Imagine the start to a typical IoT day:

The digital alarm clock beeps and the radio clicks on. The heating will be at just the right temperature (your smart thermostat will have learned your routine); the lights will come on and coffee machine kick in, while you get your head together for the day. Climb out of bed and the curtains remotely open, while your home hub starts briskly telling you your schedule. You don’t have to worry about feeding the cat … the smart feeder has already taken care of that, and set up a delivery of pet food because you’re close to running out. The shower turns on automatically when you stand under it, and in no time at all you are ready to leave for work. Don’t worry about the traffic … your driverless car knows exactly the best route to take, and you can relax and watch the news on your tablet while you travel.

Of course once you’re at work there are a myriad apps and smart machines that can make your office or factory more efficient, and track performance so you can analyse where improvements need to be made.

You get the picture?

We’re standing on the threshold of an exciting new future where most of the smart concepts and prototypes that already exist will come into daily use, along with so many more that we have yet to dream up. 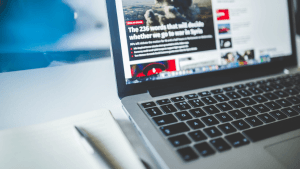 Dentons Digital
5/5 Based on 27 Reviews