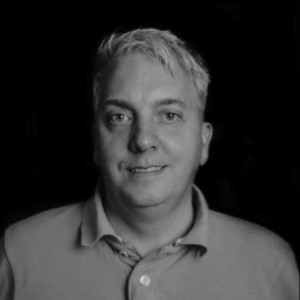 Google Gives In to Favicon Backlash

The company says it will experiment with Favicon placement.

Earlier this month (January 2020) Google made one of the biggest changes to how it displays search results in the history of the company. It involved a visual overhaul that seemed to make it more difficult to differentiate between advertising and organic search results with the removal of colour overlays and the introduction of small branded iconography, known on the web as favicons, next to non-ad results.

Now, the only thing differentiating ads and organic search results was a small black-and-white “Ad” icon next to paid results. It’s suggested that this ended up with more people clicking on ads than prior to the change.

This change was initially brought in on mobile results pages, and Google focused on the addition favicons saying that “a website’s branding can be front and centre” which means “you can more easily scan the page of results”. However, Google almost ignored the changes to its ad designs which felt even more significant once rolled out onto desktop results pages.

The Guardian’s Alexa Hern is one of many to have pointed out this problem, stating that there is no longer any real distinction between ads and search results.

Many others were arguing that these changes were less about improving User Experience and more about increasing Google’s Ad Revenue.

Although Google usually has a strong reputation for implementing updates that improve user experience, such as the BERT update in 2019, it seems this change has caused a stir among Google users, with some accusing the company of being deceptive.

Granted, the change didn’t cross into the realm of “paid inclusion” (where you never really knew if what you are seeing was the result of a business deal or not) but it was definitely problematic in reducing peoples trust in Google’s results through creating an air of confusion.

So, after having been in place for little more than a week, Google has backtracked and announced that it will experiment with some elements of the new look in response to user feedback.

The company’s stated intention was to move desktop search results to be more similar to mobile SERPS, but now says they will run experiments “over the coming weeks”.

This means for a period of time Google will be running some A/B testing. This will involve web results that move favicons around, or remove them entirely.

If you would like some help with your Google Ads then get in touch today.

Tony manages the Search Marketing Team at Dentons Digital. He has over 15 years’ experience in SEO and is passionate about helping businesses grow online.  Tony is Google Analytics Qualified and loves website data, behavioural economics and UX. He is also part time football coach and local community radio DJ.